Growing up, I always knew more than anything that I wanted to be a wife and a mother.  I think that overwhelming desire can be traced back to my early childhood, which was not exactly what you would call “stable.” It was filled with a lot of heartache and stress. Fortunately, things turned around during my early teen years, and everything really settled into a routine.

I don’t harbor any blame or resentment about any of that, but I know that it was the driving force behind me wanting to have that “perfect family” and do things differently.  My parents were very young, and the deck was definitely stacked against them.  I love my mom and dad and I know that they did the best they could with what they had.  I think I turned out exceptionally well, all things considered. It’s taken me a long time to get to this point, but I know my early upbringing created the resolve in me to have a different kind of life for my future family. To give my kids the childhood experiences that I didn’t have, or at least felt I didn’t,  I longed for that perfect, cookie cutter life.  I wanted the fairy tale.

I quickly learned things don’t usually work out that way.  My daughter was conceived when I was 25 on a drunken night of unprotected sex.  We tried to make it work for her sake, but it ultimately ended when she was a year old.  I was a single mom at 26 who still hadn’t finished her college degree and whose career choices were slim.  How’s that for a fairy tale?

Then one day, my fairy tale finally arrived.  He wasn’t neatly packaged in a nice simple box with a beautiful bow like I’d planned.  He was rough around the edges, a bit jaded, and extremely stubborn.  But he was the second chance I had prayed for. It took time, and trust, and courage, and tears, (and a little gentle nudging on my part) but the fairy tale finally came to fruition.  I married the love of my life.  We were buying a house and planning to expand our family.  Everything was finally working out the way I’d always dreamed it would.

I stopped taking my birth control pills 4 months before the wedding, because I’d always heard how it stays in your system for awhile after you stop it.  I didn’t know if it was true or not, but it didn’t matter.  Why not get a head start?  I was 35, I wasn’t getting any younger.  I was ready to get this party started before the ink on the marriage license had even dried.

And then…nothing.  I dotted all my “I’s” and crossed all my “T’s.”  I did everything I was supposed to do.  Tracked ovulation, basal body temperature, tried to reduce alcohol intake,  kept my blood sugar numbers nice and tight, (type 1 diabetes, whole other discussion.)  But no baby ever came.  Every gyno visit was normal, both my husband and I did some tests, and everything came back clear.  First a year went by, then two, then it was four, and now it’s almost seven.  And still no sign of those blue lines that every wannabe mom prays to see.  There was just…nothing.

Why couldn’t I get pregnant?  I didn’t understand.  What was wrong with me?  I was doing everything right.  The doctors said I was fine.  So we just kept trying.  After some serious discussion, we decided against medical intervention.  First, because it’s extremely costly, and second, because it’s stressful on a body and a marriage.  And I think my husband really just wanted everything to happen naturally.  I think he believed it would.  I don’t think he ever doubted that I would get pregnant.  That, unfortunately, didn’t turn out to be the case.  But why?  What was happening to me?  The unfairness of it all left me enraged.

Then one day, I heard a phrase I’d never heard before: Secondary Infertility.

You may be asking  yourself “What does that even mean?”  So, before I move on, let’s try to define what I’m talking about, at least in the literal sense.

The World Health Organization (WHO) defines Secondary Infertility as “When a woman is unable to bear a child, either due to the inability to become pregnant, or the inability to carry a pregnancy to a live birth following either a previous pregnancy or previous ability to carry a child to live birth.”  So what does that mean, really?  It means you got pregnant or have had one or more babies, and now it won’t happen again.  But no one talks about this, even though it’s actually pretty common.  1 in 6 women experience secondary infertility.

Although my first pregnancy was unplanned, I ended up with an amazing daughter that I love more than life itself.  But since it happened so easily, I couldn’t wrap my head around why I couldn’t get pregnant again.  The first time I actually planned it, and really wanted it, and was so excited for it, and it wouldn’t happen.

There’s not a lot known about secondary infertility.  There are many things that could contribute to it.  Age, weight, stress on the body from a previous pregnancy, hormones, or the one that seems to plague me…the unexplained.  The ever elusive reason that just…is.  Unexplained infertility.  It’s the most frustrating and heartbreaking diagnosis, because there is no fix.  It’s just the way things are.

What is a person supposed to do with that knowledge?  How do you reconcile the previous ability to get pregnant with the current status of not being able to? Most people don’t even know it’s a “thing,” and also quickly discount it with the “At least you have one” mentality.  Yes, you’re right, I do have one.  And I’m eternally grateful.  I know there are many families that never get that gift.  That is one of the things that makes this so much more devastating.  You’re made to feel like you can’t feel the pain of infertility, because if you had a baby, you aren’t “infertile.”  And you can’t grieve the loss of the children you wanted, because at least you were able to have one.  Any grief you exhibit is immediately squashed by the plights of those who had it worse than you.

But the truth is, no one else gets to define your pain for you.  It’s not like a pie, and the person who’s suffered the most gets the biggest slice.  Another person’s pain doesn’t make yours any less real.  It’s all relative.

It’s taken me awhile to understand that, and be able to feel my grief over it, and let go of all the guilt that comes with it. I know now that it’s not going to happen.  The ship has sailed.  But it becomes difficult to deal with sometimes.  And it just sneaks up on you. It’s the pain and guilt that seep in every time someone I know announces their pregnancy.  Or gives birth.  Sometimes it feels like I’m leading a double life.  There’s the me that is truly, genuinely over the moon excited and happy for my friends.  Who can’t wait to see the babies, and if I’m lucky enough, be a part of their lives.  I share in that joy with all of my heart.  Then there’s the me that is heartbroken.  The me that is sad and bitter, and yes, I’ll say it out loud, jealous.  The me that longs for what they are experiencing, and longs even more for the future that comes with it.  I hate that person, because it all adds up to guilt.  But I’m starting to realize that I can still feel pure joy for someone, and still have my own feelings of sadness about what I’ve lost.  It doesn’t make me less of a friend or a bad person.

Still, it can be tough.  In addition to the joy your expectant parent friends are experiencing, there’s also the endless, unsolicited commentary that comes with having an only child.  The “She’s still an only child?” or “Why haven’t you given her a sibling?” and “You need to have more kids to fill up that big house you live in.”  and of course, “You don’t want her to grow up as an only child, do you?” I’m honestly still learning to handle those questions with grace, instead of anger.

Probably the hardest part for me, though, is to have to stand in front of the man I married and not be able to give him the children he wants. The guilt I feel over that is immeasurable. It feels like the ultimate failure when your body won’t do what it was created to do. And for the longest time, we didn’t discuss it. It was, at least for me, just this awkward, unaddressed elephant that follows us into every room.  Instead of talking it through and leaning on each other, we were dealing with on our own. In our own ways, but still alone.  But who does that serve? If we want to make our peace with it, we have to face it, no matter how difficult it may be.   We have to face that cloud that comes over us every time a friend gets pregnant, or we spend time with babies, or when someone asks us when we’re having more. The realization that it will just be us, for the rest of our lives.

If you have a friend struggling with infertility (TRUST ME, YOU DO) the best thing you can do for them is be caring and supportive of their grief, but also, in my opinion, keep living your best life with the family you have.  Be thankful.  Cherish those blessings.  As much as I may hurt when I see others around me having babies, I also feel so much excitement for them and the journey they are on.  I would never begrudge them that.  Seeing happy families gives me joy. And as cliche as it sounds, I truly do believe everything happens for a reason, and that God has another plan for my life than I had for myself.

If you yourself are struggling with infertility, I beg you to always keep close to your heart these two vital truths:

1. It is NOT your fault. You are NOT a failure.

2. You are still a good person if you feel envy and sadness while at the same time feeling joy for someone who is expecting. IT IS NORMAL AND OKAY.

I’m learning how to accept this fact of my life and make the best of it. I don’t want to scar my future with pain over things I cannot control. Besides…turns out there are some perks with being the parent of only one child.  But that’s a topic for another day.  🙂 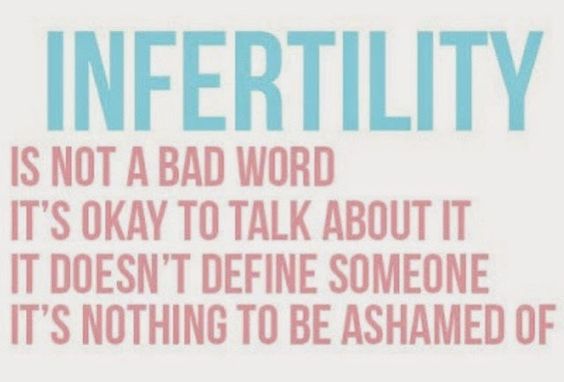