Fall is in the air!

Ha, ha, just kidding.  Of course it’s not.  It’s freaking 105 degrees outside today in Fort Worth.  Fall is the last thing on the mind of the Texas weather gods. But…I’m already craving it. I’m ready for football, and pumpkin flavored everything, and of course, Halloween.  I love Halloween.  It ties with Christmas as my favorite holiday, but I love it as much as most people love Christmas.  I love everything about it.  By far my favorite thing, though, is horror movies!  I watch them year-round, but in October, it always feels more special and scary. For me, it doesn’t get much better than being curled up on the couch in October, surrounded by fall scents and decor, and watching scary movies in the dark with a nice Malbec.

So I’d like to talk about Halloween.  But not the holiday.  Halloween…the film. My favorite horror movie.  In my opinion, the best horror movie of all-time.  Many will disagree with me and have their arguments as to why other movies are scarier.  And that’s okay.  But, Halloween set the standard. Halloween was a massive hit, going on to gross over $50 million.  It was filmed in 21 days on a budget of only $300,000, and for many years was the highest grossing independent film ever made.

I could go on for pages about the genius that is Halloween.  About who and what makes it an undeniable classic.  I even wrote a paper on it in college.  But, every year when I watch it on tv, and tweet along with my fellow Halloween lovers, I always find the humor that we share about some of the more cheesy aspects of the movie is sometimes the best part.  So on that note, my favorite cheesy and goofy things about the scariest movie I’ve ever seen.

All jokes aside, this is and will always be my favorite horror movie of all-time.  Michael Myers still haunts my dreams.  The Halloween theme music stops my heart every time. I hear it. But it’s a thrill I love to live over and over again.  Bring on October, I am ready! 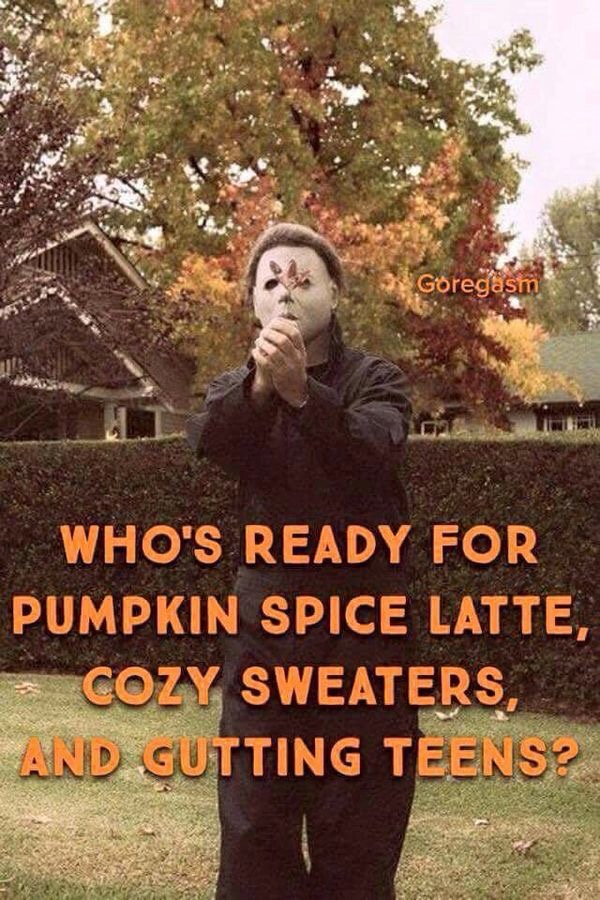